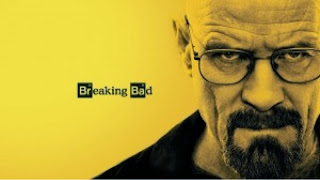 We all know what happens tonight. That’s right, tonight, after a way to long summer, we can finally find out what’s up with Neverland and Peter Pan in Once Upon a Time! Finally! I’m sure you, like me, have been waiting all summer to find out what’s going to happen when Rumplestilskin, Snow White, Prince Charming, and the rest of the gang are going to do once they get there on board Captain Hook’s magic ship.

(While I enjoy that show, I really can’t believe that was a sentence that I was able to type because it really is going to happen outside of Disney Fan Fiction.)

Oh, and we’ll get to see the end of Breaking Bad, one of the finest sagas to ever grace our television screens, stages, big screen, or puppet theaters. I guess there’s that, too.

A lot of critics, bloggers, writers, and bookies are making predictions to how it is going to end. Back when the season started, I made a few predictions on how it should end, based on it’s legacy as a Shakespearean Tragedy. Well, now that we are here, and I have a lot more accurate picture of what’s going on (and everything that’s blowing me away, like a bomb attached to an old man’s wheelchair.) I wanted to offer up my own predictions as to what was going to happen tonight on the final episode of Breaking Bad. We’ll either commend how right I was, or laugh at how off the mark I was. Either way, it’s going to be fun.

Here’s the obligatory note that there will be spoilers for the last few episodes of Breaking Bad. If you’re not caught up what are you doing reading this blog? If you’re caught up, keep reading. Also, as a quick side note, if you can’t watch it tonight and can’t help but going on Social Media, don’t whine about being spoiled. It’s a great show. Watch it live. If you have to wait, don’t ruin the discussion for the rest of America.

Anyway, here’s the breakdown of what I think is going to happen.

Holly and Walt Jr.: I think they’re going to be relative non-entities for the final episode. Holly’s job was to get us all to support Walt in the first few episodes of the series (he’s got a baby! Of course he needs to cook meth to make millions for her!) and Walt’s job was pretty much done last week by giving the defeating blow to Walter White, pretty much killing him. Of course, Shakespearean Analysis gives us the evidence that if Walt eats a bullet, Walt Jr. Is the one who is going to pull the trigger.

(Quick sidenote: If Walter White doesn’t die but is left homeless, I’d like to see a flash forward where older Holly is walking down the street and walk past him dead in an alley, not paying attention to him.)

Marie: She’s a wildcard. I’d like to think that she’ll be left alone to go mourn the death of her husband. I’d also like to think that Walt is going to sneak her a few bucks, or at least the location of where her hubby’s been buried by murderous Nazis (but not before AMC helpfully bleeped out the “F-Word” he said.) But honestly, I wouldn’t be surprised if Marie’s involvement is little, only to remind us that she’s a victim of Heisenberg.  They made a point last week to let us know that Skyler is living in a tiny apartment... not with her sister.

Saul Goodman: He’s done. His story was done last week, in true Shakespearean Fool Fashion... give one last bit of somber, good advice before vanishing. Just happy he wasn’t killed. (The spinoff is a prequel. He wasn’t safe from the Grim Reaper.) Maybe he’ll appear in a montage of reactions to whatever happens to Walt.

Skyler: Sadly, I think Skyler is dead. Even though at the end she turned on Walt, she’s complicit enough, and slowly sliding down... if this was truly Shakespeare, she’d have killed herself already. Maybe a suicide is down the line. But this is something that would really raise the stakes. She also fully betrayed Walt... helped to turn him in. Towards the end, I didn’t mind Skyler as much... I think people tended to forget that the first few seasons (when she was horrible... and yes, she was horrible) she was a prop. She was a prop to remind us that Walter had a family, and a kind of overbearing wife. (Her first line was about the credit card.) Then later, when he got diagnosed, she made it his diagnosis. I think she needs to continue being that reminder that what Walt did was bad, and that she still helped him... at one point talking about killing Jesse. I just think she has to die, either by her own hand, Nazis (hopefully not yelling any swear words first) or maybe even by her sister.

Jesse: You’ll note that I’m going in a certain order. Also, that I didn’t talk about Todd and his Nazi buddies. Yeah, Todd is dead at Jesse’s hand. Todd died last week when he killed Jesse’s former girlfriend/love interest. Jesse’s going to kill him, and probably go out in a blaze of glory. Maybe by blowing up the meth lab, with Lydia in it? Maybe blowing it up after Walt comes in to get his revenge? Jesse, to me, is the biggest wildcard that this show has... literally anything can happen. He can live and go straight... his arc complete from low-life drug user to reformed man (maybe teaching chemistry?) or he could die, sacrificing himself for the greater good.

Walter White: Let’s get this out of the way right way: Walter White is dead. He’s dead. He died in that bar, last week, when he realized his ENTIRE LEGACY is gone. He did his last charitable act... trying to turn himself in to safe his wife, then he died. Heisenberg got up from the bar. Heisenberg was at that Denny’s in the first episode of Season 5. Heisenberg said hello to Carol. Heisenberg is going on a rampage to take out the Nazi’s, get his money back, save his family (possibly not Jesse) and end this all on his terms.

Sadly, we know that Heisenberg is dead at the end of this show. Either by losing it all, dying in an alley (as I mentioned) or by his own hand. And that’s where we’re going. I wouldn’t be surprised if Heisenberg survives the shootout with Nazis. Survives whatever the show gives us. And one of the final scenes is him taking that Ricin. (or possibly Jesse giving him the Ricin... either way, the Ricin is for Heisenberg.) The final scene may be a flashback to a happier time, maybe bringing back Hank for a final look at a family cookout.

Either way, we’ll be breaking down what happens tomorrow, on an all new Bad Shakespeare. Maybe we’ll cover a little Peter Pan. Who knows.
Posted by Bad Shakespeare at 2:03 PM