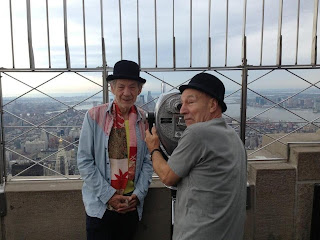 When it comes time for me to sit down and write Bad Shakespeare, sometimes, I have a lot to say. Sometimes, I’ve got nothing. And sometimes, I’m in that little in-between world that there’s really not a lot to say, but I want to comment on them. Or I just have random thoughts that I haven’t gotten out of the way yet. In any event, today I’m just going to present some random thoughts that didn’t fit into any of the previous Bad Shakespeare’s I’ve written down, but I’m stuck for ideas today so I’m going to write down just random things.

Remember, I’m working on FIVE All New, All singing, All dancing episodes of Bad Shakespeare for you next week for Banned Books Week.

-Can we please stop writing stupid things on receipts? Let me tell you what’s going to happen: Someone’s going to post the picture to Facebook, then it will move to Twitter, then everyone will be outraged, then nothing will happen until the next person writes something stupid on a receipt. I remember once I tried to hit on a waitress by writing something on a receipt. While it worked, it was before the age of cameraphones, thank the sweet lord Odin. I’m pretty charming.

-Also, while we’re at it, School Administrators, if you’re going express outrage at a student’s clothing, make sure it has some merit and you’re not just being a jerk. The school year is 17 days old and we’ve already gotten, “girl told to leave because she had dreadlocks” and “America Day apparel deemed wrong because the shirt was blue with an American flag in the background instead of of white with an American Flag in the background.” Seriously? Let me tell you when parents first disapproved of what their kids were wearing: probably around the time Grunk killed a cheetah instead of a leopard and wore it to Rock High School. Your parents hated your clothes. If it’s not a legit big deal, let the students learn.

-The pictures of the parents jumping for joy that their kids are going back to school while the kids look sad: hilarious. It’s easy to see why Teaching is one of the most respected professions on the planet with the way that they earn parents respect: not having to deal with the kids anymore. Yes, I know it’s just in good fun and I’m being a killjoy. I can do that every once in a while.

-The greatest movie no one will ever make is Morgan Freeman, Patrick Stewart, and Benedict Cumberbatch talking to each other while David Tennant and Nicolas Cage act out scenes behind them.

-After experiencing the high of Summer Movie Season, I have to say that Tom Hanks has not lorded over a very lucrative Prestige Season, lest we see Vin Diesel clutching an Oscar for his role in Riddick. Everyone knows when he wins his Oscar, it will be for playing an aging ex-thief that races hovercars in Fast and the Furious 20, reunited with the heads of the other cast members kept alive in jars.

-I’m going to start yelling “Shakespeare did it”! whenever I see a recognizable Shakespeare trope on screen. I feel it will make me look like the ultimate hipster-one that hasn’t left the Elizabethan era. Y’all will bow before my thick glasses and sword.

-Have you all been following Patrick Stewart on any form of Social Media? You need to, now. This man knows how to enjoy life. If half the world were of the mindset of Patrick Stewart, this planet would be an incredible place.

-You know, while I’m talking about random things, there were a lot of controversial topics I wanted to get around to discussing, but I never did, either because I wasn’t sure about the topic, or because I was too afraid of offending someone. So... if you’re easily offended by opinions, then just pretend I said something offensive. If you aren’t, then nod your head and yell: RIGHT ON, BAD SHAKESPEARE!

-David Tennant is the English Nicolas Cage, with a more discriminating taste in movies, is what I’m saying.

-I’m like 90% sure that Nicolas Cage is an actual Time Lord. Someone prove me wrong if they think I can.

There we go. I think I managed to fill up 800 words rather handily. Remember to watch this space as we have Breaking Bad Shakespeare on Friday, analyzing what it means to be “literature” in the face of brutal overlords murdering people, torture, death, swearing, rampant sex... also we’ll be talking about Breaking Bad. Then next week, as we enjoy Banned Books Week! 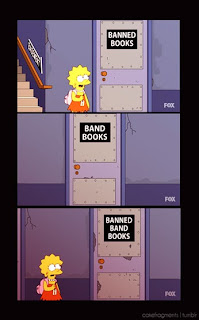