It's a Great Plan. I'm Excited to Be Part of It. 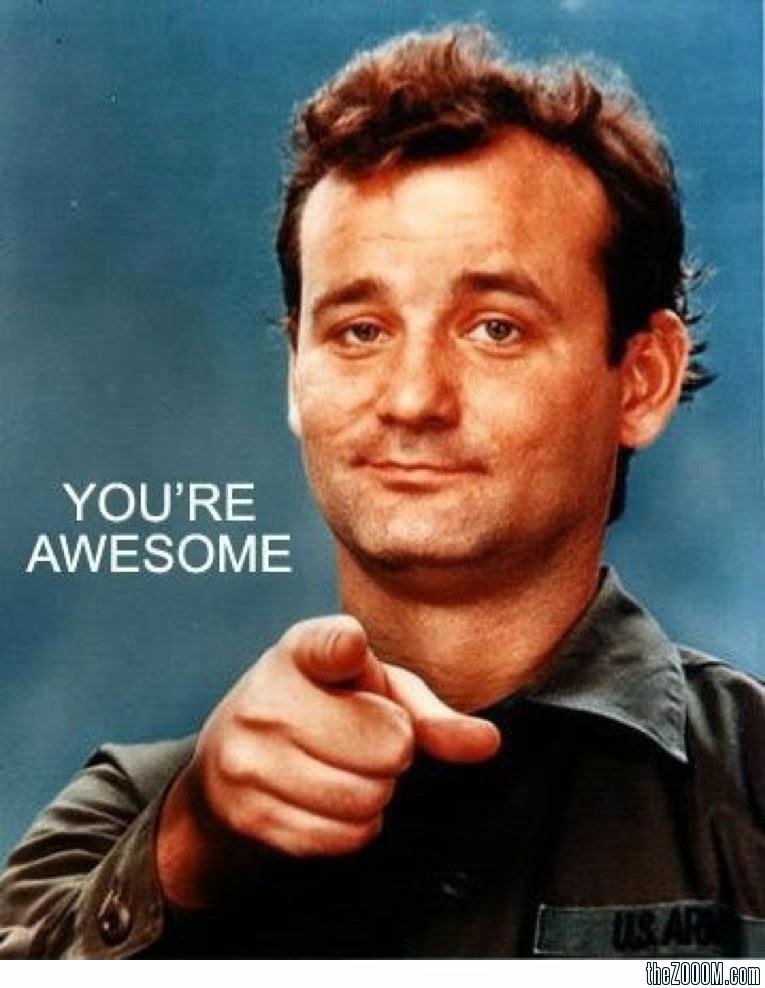 “I’d rather be happy than right any day.”

I don’t remember the date, but I remember that it was sunny out, one of those few days in late February that lulled the Washington, DC Area into believing that we were going to have an early spring before being sucker punched with a few more feet of snow. (The kids call it the  DC Area “ the DMV” for DC, Maryland, and Virginia, forgetting that the real DMV is a miserable place that no one wants to visit, which I guess is true of the DMV in late August.) I was using the daily half an hour afforded to me to race between my teaching internship and work when I was stopped at one of the many scenic stoplights that “The DMV”  has for people to wait at. As I looked over to my left, carefully calculating out how long it was been since I was last late to work and thus if I could stop for that sub at Wawa or if I could wait until dinner, when he entered my field of view.

This gentleman was not a man I had seen before. Given the number of people that are crammed into the DMV, it’s no surprise it’s someone I haven’t seen in the past; it’s actually more surprising to find someone you have seen before. The gray in the beard hinted at his age, but I wasn’t 100% certain. I couldn’t see his hair or eyes, as they were covered in a motorcycle helmet. Which made sense, since he was currently sitting atop of one, tattooed arms on both of the handles, one briefly moving up to his bearded face to remove the cigar that was clenched in between his teeth. He puffed out a cottony gray cloud of smoke. The motorcycle made a loud rumble to announce that that he had arrived. He placed the cigar back into his mouth, saw that I was looking at him. It must have been a look that demonstrated the awe I felt in that moment, because he let out a little nod, then took off into the daylight, ready to go wherever it was he felt like going at this moment. If you pardon the expression, this was a gentleman that clearly did not give one single fuck.

I did not get a Wawa sub.

Carefully checking the time to ensure that I was not going to be late (as if I had some control of the traffic which on a Wednesday afternoon went between “light” and “oh my God press the gas pedal why don’t you press the gas pedal why are we stopped?”) I mentally made a plan for the next day in my head. Continue to listen to a book on iTunes the class was “reading”... check. Make sure everyone was ready to work on the upcoming seminar... check. Think about an introduction to Julius Caesar... check. Get ready to write 7 page paper on school demographics... check. Get ready to write another paper on learning for my internship... check. Get motorcycle, cigar, and grow beard...

My mind kept drifting back to this gentleman. I don’t know why, and it wasn’t until later that I even realized that had been thinking of him so much. And then I realized why it was. That man was happy. That man was enjoying himself in a way that I don’t think most of us know how. He could have had a terrible, crappy, miserable life, but at that moment, he was happy.

Then I started thinking about me. I was now doing what I had fought, studied and sacrificed for. I have spent a while chronicling my adventures on this website in my effort to become a high school teacher. I talked about my successes in class. I’ve talked about my desperation at not passing the Praxis 2. I talked about my excitement at finally, finally getting to be an intern. I even reminded everyone that I was somewhat realistic, knowing that I wouldn’t reach every kid. I started my internship...

Now, let me pause in this self-journey to let everyone know that I had no problem with my mentor teacher, the administration, the classes, the students, the professor in charge of the class I had to take, or the school. In fact, I will still point out to this day that  I was extremely lucky in getting my Mentor Teacher - he clearly cared about teaching, the students, and making sure I had a great experience. I was lucky in the school. For privacy purposes I’ll leave out the names, but I clearly had a great school in a great area with some great students. The administration took an interest in my, ensuring that I got the opportunity to do what I wanted. The professor in the class I had to take ensured that everything was comfortable.

...And I was miserable. I really had to think about why. The thing was, it was stressful. I mean, I was interning what amounted to a full day of “work”, then I’d go work as a Swim Coach which is time consuming, but not extremely taxing in terms of having a lot to do. The thing is, it’s still nothing I haven’t done before. I’ve worked full time while having classes or things to do in the evening. I’ve had full day presentations, sometimes in front of generals and audiences not as forgiving as high school students. Which, despite a lot of what you might hear, are pretty forgiving. I mean, to an extent, but that’s just human nature.

The thing is, you can only be so miserable for so long before realizing that this isn’t the path you’re meant to be on, no matter how hard you fought to convince yourself to be on it.

Now, after seeing Motorcycle Cigar Guy, I started to think long and hard about why I was miserable, and why I worked so hard to be on a path that ultimately made me miserable. Then I realized I had tried to get off the path a couple of times before. I even found an old email I had written after a class that went well, asking about transferring out of the Education Program onto something else.  The phrase I kept using was, “this just wasn’t for me.”

“It wasn’t for me” is probably the second most confusing phrase you can use in the English Language right behind “I didn’t enjoy Joss Whedon’s Firefly.” With that one, it’s just a simple matter of trying to understand why someone didn’t enjoy the best motley crew of space outlaws the world has ever seen. But with “it wasn’t for me” it raises all sorts of questions people that I don’t have the answer to. What does that phrase even mean? I used it and I’m still not entirely sure. I just knew that teaching Secondary Education “wasn’t for me.”

Again, I want to thank everyone who gave me encouragement. I certainly needed it. Without it, I probably would have left this path sooner and probably would have been found wondering if this was my path, because it was something I was always curious about.

Which is why, after motorcycle guy and several long discussions that I should have had oh, let’s say a year and a half ago, I made the decision to leave my internship, leave the education program, and head off onto another path.

Whew. That’s a lot of buildup to what this post is even about. Almost a full post and a half.

To outsiders, this looked like a spur of the moment, wow-you’re-overwhelmed, hey-what-are-you doing? decision. But it wasn’t. I have this problem, and I’m fully aware of it. No matter what I’m doing, I throw myself into it almost too fully. Bad job? No problem, let’s see what I can do to make things better. Bad relationship? Hey, nothing’s perfect, I need to make sure I commit myself to this. Bad TV Show? I need to find out what’s going to happen next week on an all new Revolution! It’s my deal and I’m aware of it. And when I got involved with the Education Program, despite the fact that after the first class was done, I started to identify myself as a teacher and nothing else, and that made it very difficult to find out what I wanted.

The truth is, I know what I want to do. I want to be a writer. I want to study literature, because I really enjoy it. I enjoy reading something that someone has written - anyone be it a centuries old novel about a guy that fights windmills, or a modern, futuristic, post-dystopian young adult novel novel about a girl that fights space windmills.  (I shall call it, Donna Quixote, make it a trilogy, and get Jennifer Lawrence to star. I’ll make a billion dollars.) And it’s taken me a long time to admit this, mostly because being a writer isn’t as noble a profession as teaching, and wanting to study dusty old works doesn’t really sound like a viable career choice when so many around you have found themselves at this point, have fancy homes, 2.5 kids, great jobs. It was hard enough going back and doing an internship then, but having to mention that you want to spend the time reading books, then writing great things about them.

The big question I’ve had to ask myself is why don’t I continue with the internship, get a job teaching then run off and do then teach while I get another degree to study? Because it’s not what I want to do, and I’m tired of waiting to do what I want to do. I want to walk into next semester and study English. I don’t want to delay anymore.

And this whole thing has been a positive experience. If I can study hard and figure out a Praxis test for something I only marginally want, how much harder am I going to work for something I really want? I had a good time with my fellow classmates, and I still learned something, even if it was just about myself. Plus, if It allowed me to start this blog, which will continue even if the focus is off teaching for a little bit.

So, what’s next? A lot of studying. Applying to graduate school again, this time for the English Program, where I’ll study all the great works, and past and present. A ton of reading. But that’s the plan. And it’s a great plan. And it’s the one that I want to do. I’m reinvigorated.

It’s been a long journey. Not one that I intended to take. I strayed off my path for a little bit. But I saw a quote that I absolutely love, from an old TV Show called My Name is Earl. “That’s the great thing about having a path. Even if you stray off of it, it’s waiting for you when you get back.” I know that I strayed for a little bit. I had some good experiences. But it’s time to get back to what Michael B. Hock was meant to do. Study great works of literature while writing about them while being so awesome that it’s hard to stare directly at me without sunglasses.

Time to put on bike helmet, light up the cigar, and hop on that motorcycle, and get my life back on track.

Posted by Bad Shakespeare at 7:49 AM