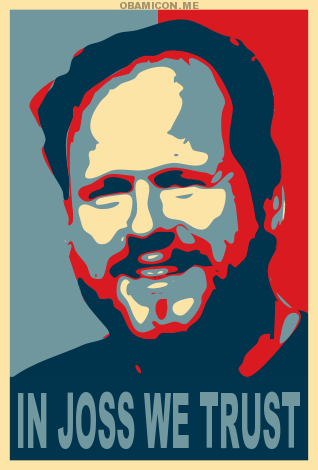 Our Whedon, who art in Hollywood,
Please watch over this Summer Movie Season 2014
As we hope for a prosperous year in movies.

Swing us a web, Amazing Spiderman 2,
Show us all what superheroes can do
The X-Men also take the stage
With Patrick, Ian, Jackman, and Page
We hope to laugh with comedy this May
As Rogen and Effron Neighborly Fight away.
Hamm will inspire us with a Million Dollar Arm
And Godzilla will fix the previous movie’s harm
It’s not that we hate you Matthew Broderick
But seriously 1999’s Godzilla sucked.

That didn’t rhyme. I just hated 1999’s Godzilla. This one better rock.

There will also be Dragon Training Part 2 in June
While Hill and Tatum a partnership renew...oon?
As I think Like I man, my readers I must know it
and remind them that I’m a satrist, and not a poet

The mistakes of Bay shall be rewritten once more
As we are treated to a Shia-less Transformers Part 4
Eastwood moves on from the gruff tough guy game
As we get a musical, about Jersey the same

As July hits we shall not start to yawn
Because the Apes return, in their most daring Dawn!
Jupiter Ascends, And we Purge again
Plus the Rock is Hercules, And we Step up All in.

August makes way for some Galaxy Guarding
A talking raccoon and a giant plant are starring
Besson and Scarjo team up for some Lucy
While some Ninja Turtles protect NYC
Let’s not forget as we discuss a movie return trip
And hope that none of the Expendables shatters a hip
For the sequel to Sin City, did we spend time awaiting
And it’s here! It’s here! By Joss we’ll be watching!

But let’s not forget, that despite all the good that we see
That there will be a new Leprechaun movie, made by the WWE
Also after wowing us with Jack and Jill
Sandler returns for more movie thrill

And thus with this prayer to Joss, I must conclude
And grant us a prosperous movie season, Avengers-Making Dude.
Remember we ask that the popcorn be popped with care
With the hopes that soon the movie watchers, will be there.

Posted by Bad Shakespeare at 9:28 AM