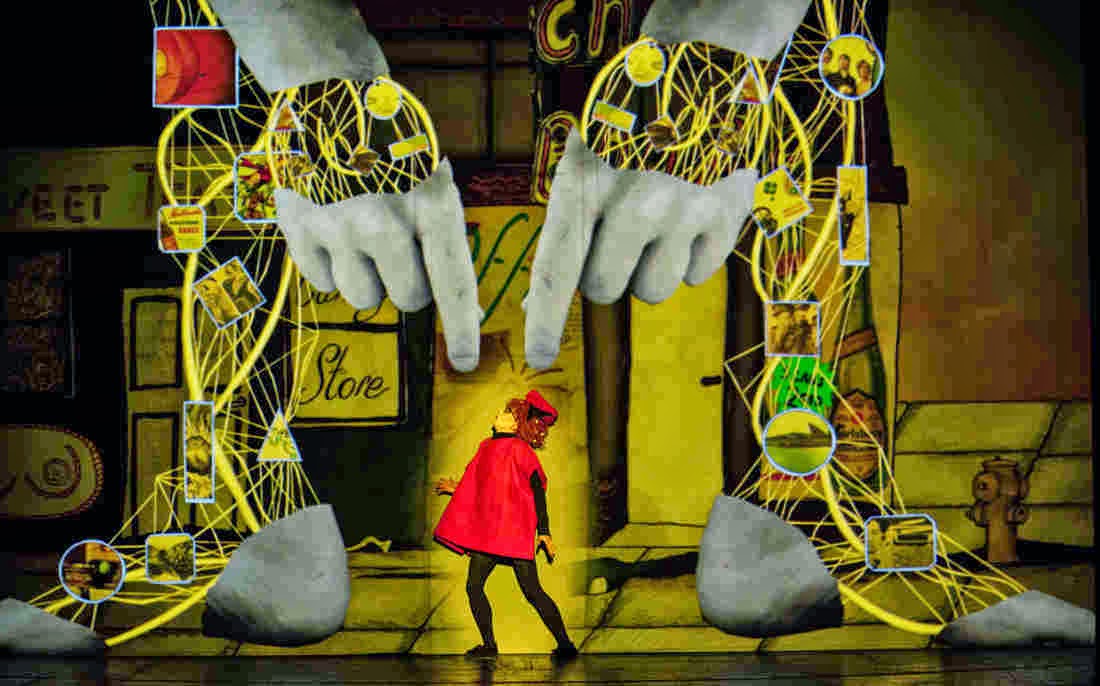 There were a lot of heated opinions on the productions my intrepid group of theatre classmates saw while we were in London, as a group, doing London things amongst our production watching. As I’ve mentioned plenty of times on the blog (and as is important to mention as many times as possible) our opinions meant diddly-squat, we had to back up our critiques with cold, hard facts, and present WHY they were good. WHY they were bad? WHY we disliked them? WHY was everyone else wrong when they didn’t love Knights of the Burning Pestle?

There was no other production that confused and terrified us so much as the final production we saw while in London, Golem. I bring up the last one now mostly because it’s been in the news as it transfers from it’s comfy location in the Young Vic to the West End. And I think it bears some serious analysis at this point. I’m not sure when I was going to discuss this one, because this one is so weird. Even at this point, almost a month later, I’m still not sure I can say I liked it. And, as Professor Davis would point out that is a controversial statement, maybe that’s a good thing.

Golem tells the story of a timid young man named Robert who buys a fantastical creation called a Golem (hence the title, I guess). While the Golem initially is reactionary and helps Robert in his life, it eventually takes over, telling him how to dress, how to do his job, who to date, and the production slowly morphs into a cautionary tale about how our over dependence on technology will eventually take away our individuality and creativity.

He said, typing this on a computer before he shares it on his blog which has a strong Facebook and Twitter presence.

The other weird thing about this production... and you’ll notice I’ve been saying “production”.. is the way its being presented. There aren’t any sets per se, rather the actors interact with productions on a screen behind them, in some instances moving screens around the stage. So, on the one level you have a production about a man and his over dependence on technology, being presented in a way that is over dependent on technology. As one person pointed out, one projector dies and suddenly we’re all going home for the night with a refund. It’s very “meta” as the hip young kids would say.

That’s not really for me to decided in a 1,000 word write up filled with robot jokes most of the time. It had elements of cinema tied in with absurdist productions, and some musical elements. We certainly saw some other productions that had a lot of technology... I haven’t talked about Curious Incident of the Dog at Night Time yet, which literally looked like a Holodeck from Star Trek in its presentation. Certainly there are other productions where, if something went wrong, we’d be in the dark. But this is an odd melding of pre-recorded images along with people interacting with them.

The thing is, the more I think about it, the interaction with the pre-recorded cinema scenes added to the overall message about the over-reliance of technology. The costumes were very outlandish, and there were only a few actors playing several characters. And the thing is this could have been broken down and they could have presented it without the cinema-type trappings. But by presenting this very much in the only place and time that it could be presented - with a giant movie screen - it calls attention to the fact that it NEEDS technology to move forward while at the same time calling out to the fact that technology can really start to bring us down.

When we were asked for our gut reaction about this in our final classroom session/final dinner, there were those mixed reactions. A lot of people hated it. A lot of people didn’t know what to think. I didn’t know what to think... when it got to me my turn I simply said, “what did we just watch?” But I also noted that the acting was the strongest we’ve ever seen. Mostly because, as each character starts to lose parts of their individuality to Golem, they start to slide from wacky, lovable characters to something much more sinister. They start to lose their humanity. The most poignant scene for me is the scene where our narrator and Robert’s sister, Annie, tries to start a punk band. They can’t quite get their hand movements right as they strive to fight the power. As all characters slowly start to give into Golem (which, by the way, gets upgraded three times in the course of the production... still a little bit slower than an iPhone.) they get more and more in sync. Until the end, when they are in sync, but now lifeless.

Like I said, a deep psychological piece. Once that I think is more aware of what it is trying to say than we were originally convinced when we first sat down to watch it.

I think I’m starting to convince myself that I liked it. Controversially, of course.
Posted by Bad Shakespeare at 5:00 AM