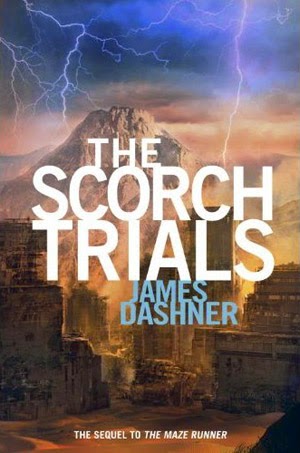 Sequels are interesting creatures. On the one hand, they provide a follow up to adventures we’ve already experienced. On the other, they can follow up and tread old ground, rehashing old plots, and in the case of The Hangover part 2, entire movies. But there’s also an odd need for sequels in some cases, a chance to return to visit familiar faces and catch up, see how they are doing.

Then there’s the damn part two of a trilogy.

Part two of a trilogy is always a difficult beast to tackle. It’s not really a beginning, but it’s tasked with introducing the reader to new characters. It’s not really an ending, because the ending is coming and it’s just not in this book. So it occupies a weird middle ground where it has to justify it’s own existence: it has to tell a part of a story, make it feel complete, but it’s not really going to answer all your questions  and you have to tune into part 3. Done right, it’s a beautiful addition to a story that advances characters, plots, and developments. Done wrong, and you get The Twelve. (The second book in the Passage Trilogy.)

I’m happy to report that the Scorch Trials manage to tell a complete story, advance the plot, and doesn’t spend much of it’s read time undoing everything we’ve just in the Maze Runner. Which is good, mostly because I was a little hesitant in going into this one, given the cliffhangery nature of the first book, and the cliffhangery nature of this book as well. Fortunately, it features a lot of running, but very little maze, and much more intrigue. It’s a shame that the movie version is going to blaze “THE MAZE RUNNER PART 2: SCORCH TRIALS” over the title, because it features very little maze running.

This book picks up almost immediately as the first book ends, with Thomas and the surviving Gladers being taken away by a mysterious group from their even more mysterious group that imprisoned them in a giant maze. Oh, yeah, spoilers I guess. But if there’s a Maze Runner 2, and it doesn’t feature the title “Maze Runner”, you can probably safely assume that they did, in fact, escape the maze at some point. So it’s not really spoilers unless you didn’t pay close attention.

Thomas and company spend a few nights in a barrack type place when suddenly, the nature of the Maze becomes clear: It’s a test. It turns out that some flares scorched the Earth, then after all the Earth Scorching a virus was accidentally released, and now the surviving world governments created a group called WICKED in order to try to find a cure for this disease that turns people into zombie like creatures. Or destroys their brains. It’s tough to describe. The virus attacks their brains, so only by putting people in extreme danger are they able to map out a cure.

Anyway, so Thomas and Company learn that the Maze was just part one, and now they’re being given over to part 2, the Scorch Trials, which involves walking across a desert. (Hence the “scorch” part of it.) They also have to deal with the fact that it turns out there was more than once Maze, and that just across the way was a gender flipped version of events: all girls, save for one boy, with whom Thomas can now share thoughts telepathically with Theresa having been taken away to join the girls group.

First the really good: This does not just tread old ground, like I said. There’s a new group dynamic, and new mysteries. For instance, odd tattoos that show up on the back of several of the boys, including pointing out that one is the leader, one is the glue, and one is going to be killed by group B. There’s also a lot of danger, a few of the boys are wiped out in the first few chapters of the book. There’s also a good sense of just how far in the future this is, what with teleporters and invisible forcefields being a normal part of the operating procedure, while at the same time introducing the characters who have no memory and have been living off sticks and mud for several years are now reacting to the technological changes, so it makes the explanation of events seem organic rather than an odd conversation into just why someone who would grow up with the technology need to take time out to explain it to us.

There’s even a pretty cool moment where a gun is used, and infection spreads because guns have been obsolete for so long that the rust is able to infect someone. Nice little touch.

The writing style, like the first one is pretty quick paced, descriptive without spending too much on drawn out moments that are padding. A lot of jammed into this book, and that is easily felt looking back at it, but not at the moment.

The only real downside of this book is some of the melodrama associated with some of the characters. Thomas and Theresa are best friends who can read each other’s minds, even if they can’t remember too much about each other.  They’re on the run from a god-like government entity that literally made one character kill another character in the previous book (also spoilers… I guess) and built a giant maze that kept people trapped inside for years. So… when Theresa is visiting Thomas in his dreams telling him to trust her, maybe he wants to do it instead of spending so much time debating what she wants. These parts of the book drag, which is a shame because it takes away from the sheer awesome of evil corporations, world changing catastrophes, and sun-zombies.

There’s also the addition of a new character and obvious love interest for Thomas, Brenda. She’s an interesting character in her own right, but she’s constantly framed in her feelings for Thomas. Since the narrative is told strictly through his eyes, how do we KNOW she has feelings for him? Because she spends a large section of the novel throwing herself at him like she had a fatal disease and kissing him was the only cure. (Of course, that’s a bad example, because she may or may not actually have a fatal disease.) But this could have been toned down a little bit because it comes out of nowhere, and again, adds needless melodrama to an already jam packed book.

Overall, this is a great second entry, but does suffer from what I said in having no real beginning, and then again no real ending because everything is going to be wrapped up in the Maze Runner 3: The Death Cure, which hopefully will feature more Mazes than this one, which was oddly maze free for a Maze Runner book. I am looking forward to reading the next entry, which I guess means that this one did it’s job, but I’m interested in seeing how it fits in with the entire trilogy when the series is done.

Keep in mind, I’m not including the two prequels when I talk about the trilogy, as I consider them separate from these books. Although I’ll probably be covering this as the year and Book Report 52 continues.
Posted by Bad Shakespeare at 5:00 AM