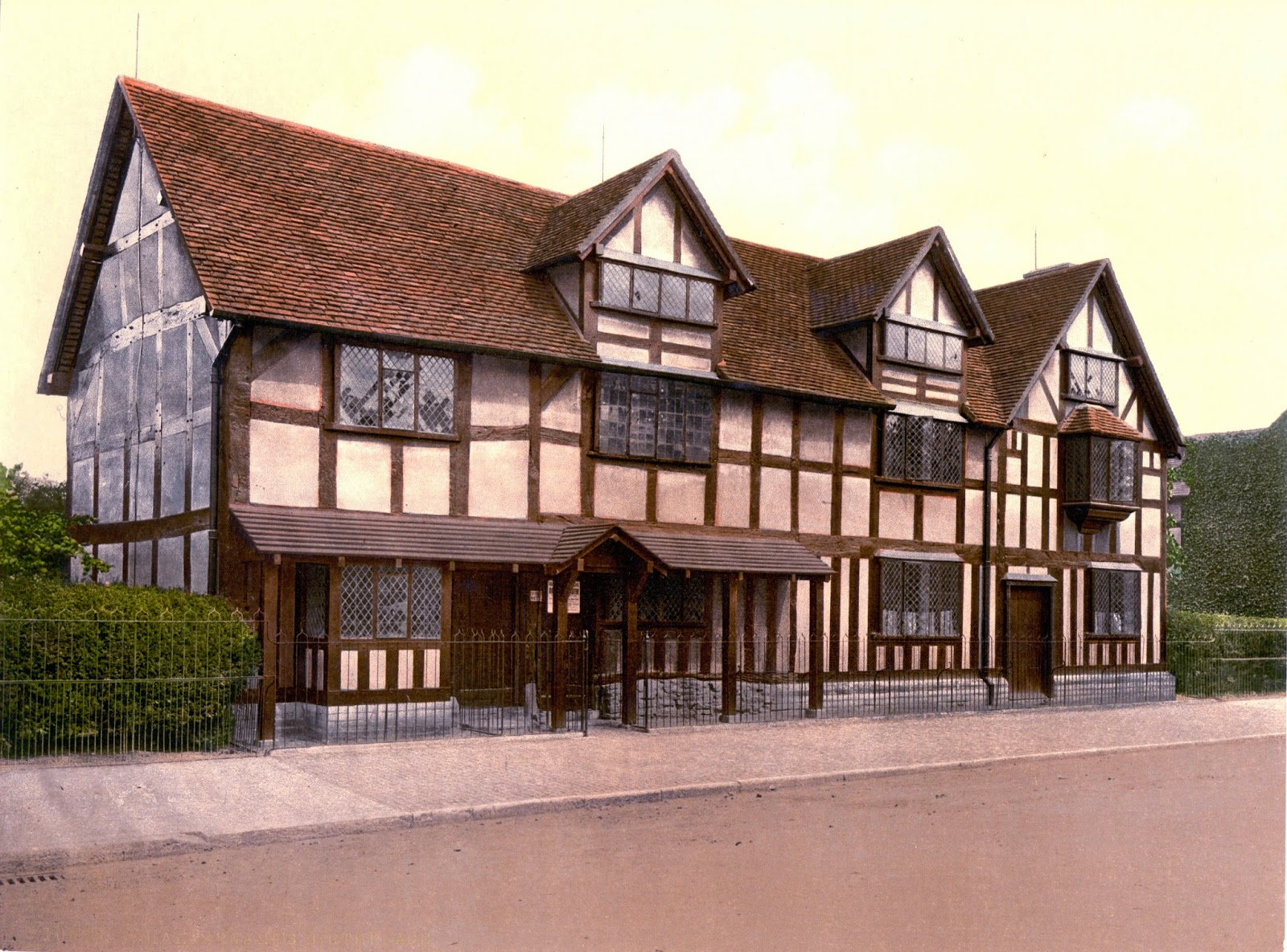 So, let’s talk about Shakespeare.

The name of this blog is, of course Bad Shakespeare. You read it on the top. I’m a huge fan of the man, and yes, his writings. Yes, they were his writings, despite the various conspiracy theories that continue to persist despite all evidence to the contrary. And I was on a trip that focused on seeing primarily things involved with the theatre. So, we were in the land of Shakespeare, a scant few miles (or kilometers... damn metric system) away from William Shakespeare’s birthplace.... so yeah, I guess we did a few Shakespearean things while we were there.

Firstly, this won’t be contained in one post. I tend to go over, but I like to keep each post to around 1000 words. When I start to talk about our Shakespeare adventures, it’s probably going to be closer to around 2 billion words. (Conservative estimate.)

Secondly, it’s my blog so I’m going to start where I darn well please. If you want to choose, then you start a blog, then go to England on a theatre tour with Rick Davis, then you have all these amazing adventures.

I’m going to start with Shakespeare’s Birthplace. Not Stratford Upon Avon, where he was born, but the actual cottage in which Shakespeare was born. We’ll get to Stratford and it’s killer swans in a future post.

To answer some of your questions... yes. Shakespeare’s birthplace is a very touristy place. I mean, Stratford is nice, and a very quaint little village about two hours away from London. (one if you get the bus driver that took us back at night.) But at first glance, there’s nothing really remarkable about the city itself. It’s a small town, there’s that river next to it, and it has various shops, tourist spots, and swans. Lots and lots of swans.

But all signs point to this small cottage in the middle of town, surrounded by a museum full of all things Shakespeare. It’s not a big exhibit... the most interesting thing is the original copy of the First Folio that sits in the center of the whole thing. Then there’s various references to just about everything Shakespeare has ever done or given credit to, which includes Hamburger Hamlet, which, if I were running it, would have the slogan, “Our prices are insane... or are they?”

Once you get through the museum which contains a lot of Shakespearean facts, including stuff about his birth, marriage, the birth (and death) of his kids, the real main event takes you outside, briefly, into the beautiful England weather in December (re: cold and rainy, with the occasional burst of sun) and into this beautiful garden. Or... would be beautiful if it weren’t the winter. I’m guessing. But in the middle of this garden is a path, that leads you to this cottage that’s straight out of 18th century England.

Which make sense. This is the old Shakespeare place. The place. Where he was born.

Now, before I go any further, this is a life goal of mine, to visit the place where the bard was born. I think Rick Davis said it best: you can see Shakespeare’s plays in this place. (Keep in mind that grades have been posted, so I don’t have to suck up quite as much. He’s just that awesome of a person.) And he is right. The big thing that people get wrong when discussing Shakespeare is how could the son of a poor Englishman with no formal schooling be aware of any of the stuff that Shakespeare writes about. The answer is... well, for starters he’s not poor. He was actually kind of wealthy. Shakespeare didn’t have to write for food, he had to write because he was a writer. And the town itself is a character that Shakespeare manages to incorporate into his writings.

But that’s a post for the town. Let’ get back to the house.

Now, the house stands out - there’s old architecture throughout England, but none so old architectury (is that a word? I’m going to let it pass) as this tiny little house. And as with anything, it’s important to remember that Shakespeare was very successful in his time, but hasn’t quite reached the point that he was being studied and worshipped the way that he is today. (Had he known, he probably would have cleared up that whole “is the Ghost real” thing in Hamlet and he probably wouldn’t have written Titus Andronicus. Just throwing that out there.)

No, a lot of the house has been restored as a result of some dude named “Charles Dickens” who decided, “hey... William Shakespeare was pretty famous. Let’s restore his birthplace.” Yes, it’s odd to think that one of England’s most prolific writers was such a fan of another one of England’s most prolific writers that he had to restore his birthplace. So, the house is restored in some ways, so it’s not as if it was perfectly preserved from the first day that William Shakespeare showed up on this Earth and presumably cried his first sonnet.

Quick side note: They had a guest book from one of the first showings of the birthplace. On this is an actual page signed by... You guessed it... Charles Dickens. Mr Christmas Carol Himself!

But the house oozes history and Shakespeare. There are tour guides, as is to be expected with any historical location. What this place has, though, are two actors that sit in one of the rooms upstairs and can perform a scene from any Shakespearean play, on command. ON. COMMAND. So, for instance, we asked for a scene from Love’s Labour’s Won (Or Much Ado About Nothing) to be performed for us... they not only did a scene, but a song from the production.

One of the debates we had were whether or not the “house shakes with the words of Shakespeare” as Professor Davis put it. I mean, at the end of the day it’s just a house... wood and stone. But for me, it was a spiritual experience. This is a house that birthed one of the greatest writers ever. And I don’t mean just the fact that he was born in the house, as so many people were of his generation. I mean he took his first steps, he developed an interest in writing there. When he decided he was going to be a writer, where was he? When he wrote his first inevitable thing that all writers write that’s silly and we throw it out (mine was about dragons)... what was it? What inspired it? Landmarks are funny... how much do they really influence us? How much do they have a say in how we view a person or a place? In this case, it didn’t really change too much for me... I love Shakespeare for his words and his turn of phrase. But to be able to reach out and be in the same space as the man... it meant a lot to me. It filled me with confidence. It energized me.

Coming up next week: We review Love’s Labour’s Won... World War 1 Style!
Posted by Bad Shakespeare at 5:00 AM

Email ThisBlogThis!Share to TwitterShare to FacebookShare to Pinterest
Labels: Bad Shakespeare Takes England, Much Ado About Nothing, Rick Davis, Shakespeare