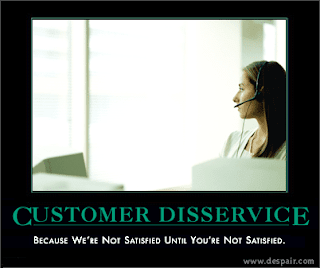 I realize I don’t know much about the insider business of “running a major airline.” I know a lot, mostly from being not really great at one thing but just a little decent at a lot of things, but running an airline is not something I understand. I phrase it this way because I think it’s important before you really criticize anyone; you need to understand that you are going to have certain limitations. In my case, I’m not 100% certain how to run an airline.

Pretty sure I can do better than Delta, though…

My journey started back when I first got to the airport, three hours early because somewhere someone threw out the arbitrary number “3” when deciding what to do with international flights. I’m also aware that it’s Memorial Day Weekend, which means the airport can go from “full” to “oh God why is everyone in America currently trying to fit into this one Cinnabon?” Also I was taking the D.C. Metro, which means it could take anywhere from 20 minutes to two hours to get to my location since the D.C. Metro has the reliability of… well there’s no comparison. The D.C. Metro.

I stepped up to the counter confidently because this is not my first international flight this year, and… they promptly were unable to fight my flight information. As in, the flight vaguely existed, and I was supposed to be on it… somewhere. But they couldn’t confirm little things for me like a “seat” or “which gate the flight was leaving from.” No big deal, DCA isn’t as big an airport as some, it was just going to be a matter of waiting a few minutes.

Those minutes turned out to be… one. Fortunately, in the time it took me to “check in” and “Drop off my bag” (Because those two things can’t be done together to save time); I at least had a gate. So, I was off on my journey through the airport towards my gate, thankful I could just walk to the location.

Making my way to the gate, I calmly walked over to the helplessness help desk, which was staffed by one person. That number is important later. And…. they couldn’t give me a seat. Nor could they even confirm that I was on the connecting flight TO Ireland. Essentially, they could do nothing until the magic one hour before, because computers work that way. At this point it should be noted that It was about two hours early and I heard the fateful words that would mark my night “Flight to New York Delayed.” Not my flight… yet.

Soon my flight WAS to be delayed because there was some kind of problem. Naturally, because computers don’t work until an hour beforehand, instead of it just being one person, me, checking in with the one person behind the counter, there was now a line including a woman who was hysterical screaming in another language to anyone who would listen.

Fortunately, the people at Delta Airlines opened another desk and proceeded to help everyone through.

No, I’m kidding. They kept the line nice and long, moving as slowly as possible, with one woman walking up and down the line every so often, noting how stupid everyone was for standing in line because “there are help courtesy phones right over there” but not actually opening another register or doing anything to alleviate the line.

I’m going to skip past being told to go in three different lines - to get my seat, mind you - and move onto getting into the air and landing in JFK, without any sort of confirmation about my connecting flight, just that there will be something on one of the boards. Maybe.

So, I eventually find what I’m guessing was my flight to Shannon, Ireland. I got up there, this is an hour and a half early, mind you… to find no one from Delta able to help me. Eventually after about fifteen minutes some “helpful” person told me in no uncertain terms that the service desk at the gate was closed, and it wasn’t going to be open until I went away. So I did. When it did open, literally two minutes later, I was told to just be assured that I had a seat, not to worry despite all evidence to the contrary.

Boy, I shouldn’t have worried. Because I had a seat. It was Mary’s seat. (Not her real name.) That’s right, because they needed to keep my seat a secret until the last possible minute, when I was actually boarding the plane, I found that I HAD BEEN DOUBLE BOOKED INTO THE SAME SEAT AS SOMEONE ELSE. And not just me, either. The plane itself hadn’t been overbooked, but because they were so reluctant to actually assign seats “before people boarded” about 40% of the flight was complaining to the flight attendants that there was someone in their seat.

(There is a happy ending as at least only one woman refused to take her newly assigned seat, away from her boyfriend like she booked it, and no one was allowed to switch seats to be by their loved ones as assigned.)

I start with this simply because it was kind of a frustrating experience. I’ve had a good first day in Shannon so far, to be honest with you, not really “doing” anything but just sort of walking around and totally not doing the reading I was supposed to have done before I landed. Actually I’ve found that everything else has gone nice and smoothly, so here’s hoping that was just the first hiccup.
Posted by Bad Shakespeare at 1:30 PM