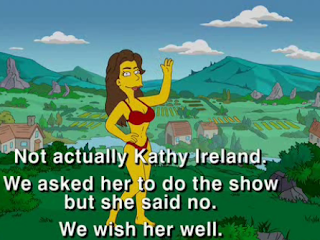 “I never travel without my diary. One should always have something sensational to read on the train.”
Oscar Wilde

By the time many of you read this, I’ll be off to the Emerald Isle as I continue my dominance of Europe, apparently. I say “apparently” because I didn’t think I’d be studying in England much less Ireland, but, well... here I am, once again brushing up on my Irish and dusting off the old Passport. That’s right... Bad Shakespeare is going on Ireland.

Last time I did this, I had this grand notion that I would take a month off, step away from Bad Shakespeare and focus on what it meant to be living in England for a month while I studied the great theatre that was over there. You can’t swing a dead Shakespeare over there without hitting good theatre. Of course, I wouldn’t recommend it, since his bones are kind of revered over there, along with the rest of his work. I’d pick something else dead that people wouldn’t mind if you swung around, but the message is the same: you’ll hit a theatre.

But of that “Grand notion” came this other idea that I would not focus on the regular day to day of being me and keep Bad Shakespeare, the blog, nice and dark while I was over there. I’ve had fun recapping my adventures, and will continue to do so when I get back, possibly viewed through the brand new lens of how my experiences in Ireland were different than my experiences in England. I guess for one, I won’t be expected to attend a play every night. Also, I probably won’t be asked about my opinion on Scottish independence.

So, that leaves the big question: What am I going to do with this blog and space while I’m over in Ireland?

I’ve decided to continue to post while I’m gone. I’ll be chronicling my adventures as a writer/amateur Leprechaun hunter in Ireland.

Now, the posts won’t be as regular as they usually are. (Not that that they’ve been regular over the past couple of weeks... I blame finals.) My plan is to post as things happen, and to put them up as I feel like putting them up. But I have a lot of adventures in store. I’m going to the far off coast of Salthill, Galway. I’m going to the Doolin Folk Festival. And there’s a little TV Show that sometimes films in Dublin called “Game of Thrones” and there’s a tour, and I’m going to take it. So, I have adventures galore lined up while I’m over there.

Also... the movies. Yes, Summer Movie Season 2015 may need to be a bit on hold while I’m off touring the Emerald Isles, which is understandable. I may be able to fit in one or two... I’m not going to go an entire month without seeing a movie (plus, I need to get my Irish movie ticket!)

So there you have it, loyal Bad Shakespeare readers... you do not have to suffer for an entire month without the likes of Bad Shakespeare. I’m looking forward to sharing this adventure with you. Keep in mind you can also follow my adventures over on twitter by following @shakesbad, or of course there’s Facebook for those of you who are still into that kind of thing. Google Employees can also follow me on G plus.