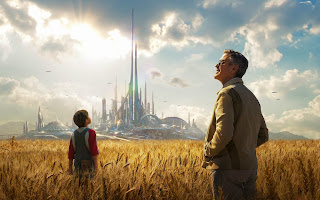 Back when I was in London and learning all of the great pearls of wisdom from Rick Davis, our mentor and guide while we traversed the Theatre world there when he said something important. He said that our opinions are controversial statements. He wasn’t trying to make us feel bad for liking say, Knight of the Burning Pestle (still the best ever) over Treasure Island (Burn the memories) but he reminded us that our opinions are subjective. We need to back them up.

Sometimes there’s a disconnect when someone says “this is the best thing ever.” Too often I think we tend to forget that the term “best” refers to personal preferences. The Big Lebowski is a movie I’d consider the best ever… out of every movie I’ve ever seen in my entire life. I like it for a lot of reasons. Is it the “Best of all Time, even when you put it against some so-called classics?” No. It’s a subjective thing, something that I’ve worked out my own personal metrics and decided that I enjoy the antics of Walter, The Dude, and Donny more than say, an old dude that’s a thinly veiled metaphor for another old dude and his sled.

I’m qualifying this review with that statement because I’m going to throw out, what Rick Davis would say is a very controversial statement.

Tomorrowland was probably my favorite movie of the summer so far.

Oh, I won’t begin to argue that it wasn’t without many flaws. It wasn’t as “good” whatever that word really means as The Avengers: Age of Ultron or Mad Max: Fury Road. The acting was so/so until one scene at the end that proves that George Clooney may be one of the best, most charming actors of his time. The secrecy around the film was laughable… no spoilers to find out that Tomorrowland is a place where all the geniuses meet. The product placement was so blatant that I half expected some of the actors to turn to the camera and say “brought to you by Carl’s Jr.”

But it was my favorite.

Tomorrowland tells the story of… well, a place called Tomorrowland, where all the geniuses of the world meet to invent stuff hoping to build a brighter tomorrow. George Clooney’s character, Frank Walker, says it best at the beginning, “The future used to be amazing.” It has the gee-whiz, amazing stuff you saw in comic books, with ray guns, jet packs, silvery jumpsuits that make everyone look like tin foil. After a brief introduction where a young Frank Walker is recruited by a young girl named Athena, the narrative shifts to Casey Newton (Newton… get it? I know about as subtle as a brick in the eye. She’s played by Britt Robertson) and her attempts to shut down the machines trying to take down the NASA launchpad. Her father is an engineer and since we’re not launching stuff into space anymore, none of that is needed. A few montages and a felony later, Casey finds herself in possession of a pin that invites her to Tomorrowland, and eventually the doorstep of the adult, much more jaded, Frank (as jaded as one can be when he’s George Clooney). Together they have to team up with Athena and save Tomorrowland and the world. Oh, and also there are killer robots. There wasn’t a way to fit that organically into what I just said.

The thing I really enjoyed about Tomorrowland is the underlying theme of hope. Casey is an optimist who doesn’t really want to accept the harsh reality. One of the more disturbing scenes of the movie are where her teachers are launching into harsh realities that the world itself is collapsing and we’re all pretty much dead, and her wanting to fix it. And in the end, that’s sort of one of the problems with the world right now. We all want to complain about what the problem is, but we don’t really want to fix it. Some of us just want to fight so hard to even pretend that there’s no problem, especially when the fixes do nothing.

We live in a world where we just had to manufactured controversies around two major films just released… Age of Ultron and Mad Max. Think about for that a moment. We took dude in a robot suit wailing on a giant green rage monster and a movie that featured a blindfolded dude playing a flaming electric guitar and turned them into major controversies. And those were just movies. We’ve gotten too jaded. We tend to accept the world too much as it is, and mock those that would do something to change it. That was the underlying message of Tomorrowland. The message (which is said pretty loudly, I’ll admit) is that maybe we should try dreaming, because there’s a good chance that the planet CAN get better, we just need to try.

So, I’m going to give my controversial opinion, that I loved this movie.

Oh, that scene I was telling you about. (Spoilers for the end.) So, Athena is a robot, designed to look like a 12 year old girl. Frank is recruited when he’s about 11 so… he develops a crush on her. When he’s about 15 he gets exiled from Tomorrowland. Athena is killed saving Frank’s life, and it’s the adult Frank who has to say goodbye to her. It’s odd, really, because it could have been a creepier scene, but it’s a testament to both actors that it’s pulled off so well.

Posted by Bad Shakespeare at 4:22 PM